Update: Harmony Cheese is no longer being imported into Israel. Teva Deli makes soy cheese, but it has milk in it. Vega makes very good cheese and it comes out nice and cheesy when melted. Mashoo is a new vegan cheese on the market. I haven’t tried it yet, but it may work too.

For me, pizza has always been about the crust. To have great pizza you need to have a great crust. Even before I was vegan, my family members would eat their pieces of pizza and leave me over the crust at the bottom. We have always had a symbiotic relationship.

When I was visiting Austin, I fell in love with the Whole Foods there. They have anything and everything that a person could possible want or need to be vegan. It was just an incredible experience. There I found Vegan Gourmet cheese. If you ask me, the package itself looks anything but gourmet, but the cheese inside it is really, really yummy. There were a lot of other vegan cheeses out there, but not all of them were marked as kosher, so this is the one I chose. It melted beautifully and was nice and gooey, the way that pizza cheese should be.

In Israel, I use Harmony cheese. It’s imported from England and none of the Israeli brands can compare. It doesn’t melt as well (it does melt) as the Gourmet Cheese, but the flavor is amazing. The cheddar is particularly good. I would say that it’s even better than any non-vegan cheddard that you can get here.

Now that you got all the preamble on vegan pizza cheese, here’s my crust recipe: 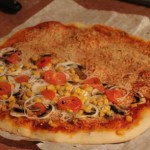 This is a simple crust that you can use with practically any type of sauce. Have fun with your toppings!

Once you have the dough all together, it’s time to put on the toppings. I use store bought marinara sauce. Just put enough sauce to cover the top. Don’t overdo it or you might get the ingredients that you top it with sloshing around (this is true for any type of pizza, not just vegan). Top it with whatever you like. Besides my vegan mozzarella  cheese, I like using mushrooms, onions, tomatoes and corn. When I’m in a more Hawaiian type of mood, I’ll use mushrooms, onions, pepper and pineapple (I know it sounds strange, but it’s surprisingly good).

There’s a really yummy resturant in Jerusalem called the Village Green. It’s a vegetarian resturant that offers very clearly marked vegan options. I love going there because I feel like I don’t have to worry about what I order. I don’t need to ask if there are eggs in anything. It makes me feel more normal. They make a very yummy vegan pizza that uses crumbed tofu instead of vegan cheese. I order it on a regular basis when I go. They also use garlic, peppers, eggplant, onions, and mushrooms on it. If you are every in Jerusalem, it’s definitely worth a visit. 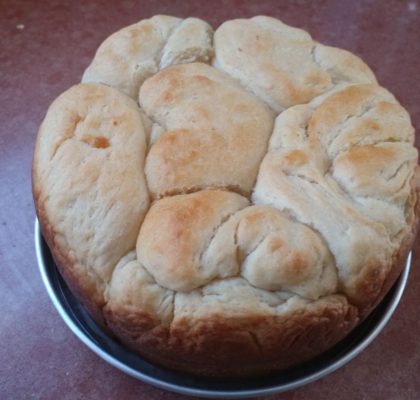 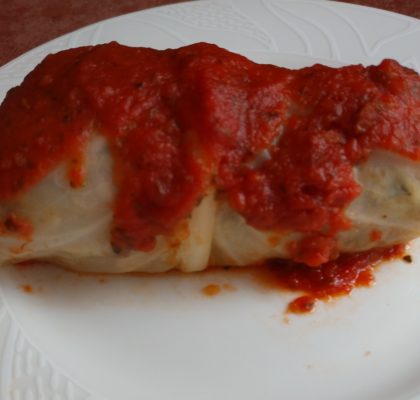 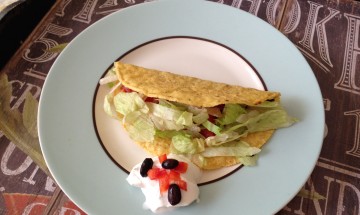